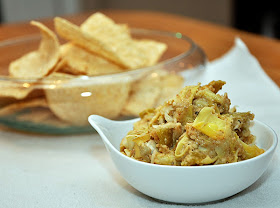 Ya know that upcoming Football Thingy? What is it? The Uber Bowl? The Pooper Bowl? AH! THE SUPER BOWL! That's it. Just super.

Well the thing is, the REAL thing of it - is that the Super Bowl always falls on my birthday weekend! How rude is that? Does the NFL just not care about the day I was born? I feel so insignificant - like a pea without a pod, a grain of sand without an hourglass, a pickle without a pregnancy, a Viagra email without a spam destination, a fax minus its cover sheet, a bank with no bailout money, a Cheney with no one to shoot at. STOP ME. Shut up self. Wow that was fun.

Anyway, LAST YEAR for my birthday we were thinking where-oh-where shall we go for this VERY significant day of my birth? Well, nowhere, Miss Coversheetless Fax, because the Super Bowl was right here in Phoenix. That's right! You want a flight in or out of Phoenix? Well good luck with your inner-private-jet because that's as close to the jet stream you're going to get! Uh huh. And noooo you can't go to Vegas because everyone there is there for the Superbowl too - so just forget it!

So THIS YEAR, we were again talking about where to go, what to do, and again, Vegas comes up because it's so very close - an hour's flight away. But alas, it seems there are no deals in Sin City over the BIG weekend. Do you now see my suffering? It's a first-world problem, I know, but still.

All I have to say is, it's a good thing I'm not big on celebrations - that I'm actually really low key about my birthday. You didn't pick up on that? Oh yeah. In reality, I'm just ho-hum about almost all traditional celebrations, but especially ones that are focused on me. I think it's others who feel like they have to make the day special. But really, a simple card will do. I'm easy that way.

This year, however, there will be a little twist to the weekend - Arizona is IN the Super Bowl! For the first time in, like, a thousand years! I think the last time they went, pterodactyls were still roaming the Mother Ship. This is what I hear. I'm not a big sportician, but I actually saw the playoff game and enjoyed it! What le heck? Who am I? It was a roller coaster though - a few times I thought I was going to blow a capillary and it was touch and go.

So I don't know...I'm kind of looking forward to the game next weekend. Who said that? I said that. If I was already in a grave - I'd be rolling over in it right now. But I'm not, so I can't. And that's a good thing actually because I don't like eating dirt. Instead, I'd rather eat this dip....

It is a real departure for this blog, but I'm going to post a NON-DESSERT recipe. I know, right! My grains of sugar are organizing a mutiny as we speak - the flour is going to throw itself at my faux-fur. It's a shocker. But for this upcoming chip-and-dip weekend...I give you this anomaly.... 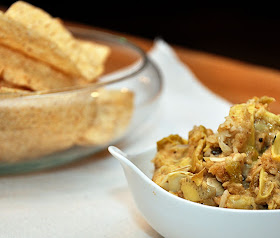 I used to make this dip about 10 years ago, but had forgotten all about it until my sister recently asked me for the recipe. Since December, I've been making it again and - WOW - why did I ever stop making it? We like it with tortilla chips; and honestly, we've been "liking it" about every single weekend since I rediscovered it. So, I should actually say we love it. We can't get enough of it right now. It's a rather healthy little dip, and it's low fat and all - but with the quantities we're consuming, I'm just not sure it's healthy at all, but there you have it. Even better? It could not be easier to throw together.

New comments are not allowed.